In order to understand how to write proofs in Idris I think its worth clarifying some fundamentals, such as,

If you have experience in logic or using proof assistants like Coq then you may already know this stuff so you can skip this page.

Propositions are the subject of our proofs, before the proof then we can't formally say if they are true or not. If the proof is successful then the result is a 'judgment'.

For instance, if the proposition is,

When we prove it, the judgment is,

Or if the proposition is,

Obviously we can't prove it is true, but it is still a valid proposition and perhaps we can prove it is false so the judgment is,

This may seem a bit pedantic but it is important to be careful, in mathematics not every proposition is true or false for instance, a proposition may be unproven or even unprovable.

So the logic here is different from the logic that comes from boolean algebra. In that case what is not true is false and what is not false is true. The logic we are using here does not have this 'law of excluded middle' so we have to be careful not to use it.

The logic we are using is called constructive (or sometimes intuitional) because we are constructing a 'database' of judgments.

There are also many other types of logic, another important type of logic for Idris programmers is 'linear logic' but that's not discussed on this page.

So how to we relate these proofs to Idris programs? It turns out that there is a correspondence between constructive logic and type theory. They are the same structure and we can switch backward and forward between the two notations because they are the same thing.

The way that this works is that a proposition is a type so this,

is a proposition and it is also a type. This is built into Idris so when an '=' equals sign appears in a function type an equality type is generated. The following will also produce an equality type:

Both of these are valid propositions so both are valid equality types. But how do we represent true judgment, that is, how do we denote 1+1=2 is true but not 1+1=3.

A type that is true is inhabited, that is, it can be constructed. An equality type has only on constructor 'Refl' so a proof of 1+1=2 is

So how can Refl, which is a constructor without any parameters, construct and equality type? If we type it on its own then it can't:

So it must pattern match on its return type:

So now that we can represent propositions as types other aspects of propositional logic can also be translated to types as follows:

We can have a type which corresponds to conjunction:

There is a built in type called 'Pair'.

We can have a type which corresponds to disjunction:

There is a built in type called 'Either'.

So, in addition to the equals symbol, an equation can contain:

We can make a proposition dependent on a given type like this:

Equations without variables such as:

Are usually normalisable and can be solved by Refl.

If we have variables then it is still possible that both sides of the equation will normalise to the same value and we can just use Refl. Otherwise we need to show that it is true for all values. In this example, from libs/contrib Data.Bool.Extra, it is easy to list all possibilities

We have seen that we can 'prove' a type by finding a way to construct a term. In the case of equality types there is only one constructor which is 'Refl'.

We have also seen that each side of the equation does not have to be identical like '2=2'. It is enough that both sides are definitionaly equal like this:

So both sides of this equation nomalise to 2 and so Refl will type match and the proposition is proved.

We don't have to stick to terms, can also use symbolic parameters so the following will compile:

Although we must use specific values for the variables when we call it.

An equation is defined as an equivalence relation (reflexivity, symmetry, transitivity), there are also rules that come from compatiblity with the algebraic structure.

We can represent variables in an equation by using dependent types, like this:

So this generates a family of types:

To prove it we must be able to construct for every value of x (it must be total).

Here are some more examples, the following will compile:

Again, when we use the functions we must specify the values of the variables:

If a proposition/equality type is not definitionaly equal but is still true then it is propositionaly equal. In this case we may still be able to prove it but some steps in the proof may require us to add something into the terms or at least to take some sideways steps to get to a proof.

Especially when working with equalities containing variable terms (inside functions) it can be hard to know which equality types are definitially equal, in this example plusReducesL is 'definitially equal' but plusReducesR is not (although it is 'propositionaly equal'). The only difference between them is the order of the operands.

So why is 'Refl' able to prove some equality types but not others?

The first answer is that 'plus' is defined in such a way that it splits on its first argument so it is simple to prove when 0 is the first argument but not the second. So what is the general way to know if Refl will work?

If an equality type can be proved/constructed by using Refl alone it is known as a definitional equality. In order to be definitinally equal both sides of the equation must normalise to unique values. That is, each step in the proof must reduce the term so each step is effectively forced.

So when we type 1+1 in Idris it is immediately converted to 2 because definitional equality is built in.

In the following pages we discuss how to resolve propositionaly equalies.

This is enough proof to return a proof (Refl) of c = a.

Following on from Curry-Howard correspondence (proposition as a type) then proofs correspond to functions of types. That is a function that results in a constructor for a type, usually Refl to construct an equality type.

Sometimes the Idris type system can't work out proofs for itself so we have to give it some help.

There can be a lot of unexpected complications when doing proofs:

So Idris detects an error in the following function definition:

Here swapping the left and right sides of the equation changes whether the function compiles or not:

Not sure why the asymmetry although the equality can't be total for all values of n and x because there is no 'n' that where S n = Z.

More detailed information about Natural Number Proofs in Idris on this page.

As an example look at proofs in Nat.

But, even if this returns true, this is not a proof. If we have dependant types, where two types can be considered equal if they depend on equal Nat values, the type system can only use this if it has a proof that the Nat's are the same.

We can do the same thing to both sides of an equation. That is if we have a proof that a = b then f a = f b.

In this case the equality of these natural numbers is not true for all n and m.

In other cases we may want an equation to be true for all values, for instance:

For more about this see page here.

How should we define types so that we can do proofs on them? In the natural numbers with plus example we could have started by treating it as a group based on the plus operator. So we have axioms:

Then we can implement '+' so that it respects these axioms (presumably implemented in hardware).

These are axioms, that is a propositions/types that are asserted to be true without proof. In Idris we can use the 'postulate' keyword

Alternatively we could define the natural numbers based on Zero and Successor. The axioms above then become derived rules and we also gain the ability to do inductive proofs.

As we know, Idris uses both of these approaches with automatic coercion between them which gives the best of both worlds.

So what can we learn from this to implement out own types:

Here are some further pages on this site:

On this page I have put some information about computer algebra systems and in particular Axiom/FriCAS. 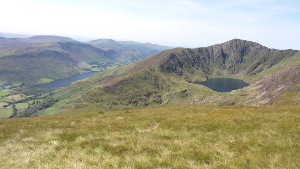 More about contexts on page here.

There is a relationship between computer programs and mathematical proofs, this is known as the Curry-Howard correspondence.

A type in λ-calculus has the same mathematical structure as a proposition in intuitionistic logic.

A constructor for that type corresponds to a proof of the proposition. The following table has some specific types with their corresponding propositions:

For more information about the Curry-Howard correspondence see the page here.