3D Game Creation - Includes 2 ready to use game engines, not much theory.

If you are interested in 3D games, this looks like a good book to have on the shelf. If, like me, you want to have know the theory and how it is derived then there is a lot for you here. Including - Graphics pipeline, scenegraph, picking, collision detection, bezier curves, surfaces, key frame animation, level of detail, terrain, quadtrees & octtrees, special effects, numerical methods. Includes CDROM with code.

The Art of 3-D Computer Animation and Effects. This is a nice glossy colour book, it is for those starting out using 3D graphics programs rather than those who write them.

BSD Sockets Programming from a multi-language perspective. Begins by detailing effective uses of the BSD sockets API for networked application development, and then investigates the API from a variety of language perspectives. The book concludes by discussing a set of software patterns for each language.

Building Parsers with Java - Contains parser toolkit, diagrams use UML. This book may be useful if you want to write code for reading languages such as VRML.

This book introduces 3D concepts, VRML, Java3D, MPEG4/BIFS, and X3D. It is a very good introduction to the theory, The writers have an in depth knowledge due to their involvement in the standards making. This is a good book to help you choose which 3D open standards to use and to give you a good insight into these standards. It is probably not for those who want a basic introduction to 3D or for these who want a step-by-step programming in 3D book.

C# Programmers Reference - A language reference not much on class framework.

A Practical Guide to Curl.

Curves and Surfaces for CAGD

Curves and Surfaces in Geometric Modeling: Theory and Algorithms

Open Source Development with CVS - There is also a free e-book about CVS availible http://cvsbook.red-bean.com/

Digital Image Processing Using Java - Covers some 2D but not Java Advanced Imaging, most of the book is about the concepts, such as, colour enhancement, filtering, fourier, affine transforms.

Div, Grad, Curl and All That: An Informal Text on Vector Calculus

There is also an e-book (Adobe Reader) version available

Concepts of Force: A Study in the Foundations of Dynamics

Dynamics of Systems of Rigid Bodies

The Java Developer's Guide to Eclipse.

Engineering Mathematics - This book has been going for a long time and it is now in its 5th edition, so it is tried and tested.

An Introduction to Fluid Dynamics

Focus on Curves and Surfaces

Patterns in Game Design. - Gives aspiring game developers with the tools they need to really understand how games are made.Provides a method for discussing game play.

Game Physics - This book has some useful stuff, its more of a textbook, not a step by step guide (although it does have a disc with a lot of C++ code). About the first third of the book is a physics textbook with theoretical exercises, the middle bit covers physics engine topics, and the last third of the book covers mathematical topics. I think I would use this book as a reference book to lookup the theory behind something I might be working on rather than a book to work through in order.

Elementary Game Programming and Simulators using jamagic - this is a commercial program with a scripting laguage for quickly developing games http://www.clickteam.com/English/jamagic.htm

Introduction to 3D Game Programming with DirectX 9.0 - This is quite a small book but it has good concise information with subjects like, maths introduction and picking.

Game Programming Gems 2 - More on the topics above, includes audio, still nothing on collision)

The Geometry of Physics : An Introduction

Graphics Gems - Lots of useful algorithms and snippets of theory - These are reference books rather than books you read from cover to cover. If you can afford it they are worth having on the shelf (I wish I could!) They might just solve a problem which could otherwise take days to work out.

Graphics Programming with Java 2nd edition. Mostly 2D, only covers 3D in chapter 20 right at the end. Some introduction to Java programming and lots of information about Java2D so could be good if you are starting out with graphics programming.

Grays Anatomy of the Human Body

Internet and World Wide Web How to program.

Java 1.4 Game Programming - This is a new book I have not seen it yet, it looks like it is trying to cover a broard subject area.

This is the reference book for java3D, it is available online, see link above. However if you are doing a lot of programming you really need to be able to pick up and browse a real book.

This book is more for newcomers to 3D programming. Assumes a knowlage of Java, Introduces the 3D concepts, such as Scene Graph along with the Java3D classes.

Java3D Programming - Aimed at intermediate to experienced Java developers, previous experience in graphics programming would be useful. Takes you through the data stuctures, nodes and concepts used in Java3D with practical issues based on the authors experience of working on Java3D.

This is about designing the architecture of a 3D program and its interface, it assumes you already know Java and Java3D. So this is not a step-by-step programming book, its about the top level design, ie Patterns, techniques and framework for Java3D (code at http://sourceforge.net/projects/gumbo/).

This reference does not cover the extensions such as java-media and java3D, but it is useful reference for other Java class libraries needed to build your program in Java - Note this is a reference only, it wont teach you to program in Java.

Java Graphics Programming Library - Library of Java code for shapes and concepts, mostly 2D but covers polygons & 3D polar coordinates. Not sure how useful this is if you are using Java2D and Java3D.

Java - How To Program. This is a very comprehensive book, starting at the beginning and going through to advanced java capabilities. It covers Java 6.0, software is included on CD and the book is in colour.

JBuilder - There is also a free version of Jbuilder at borland website . However its licence conditions are quite restrictive so you may prefer another java IDE. 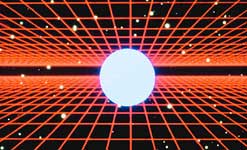